How a Parent Leader Found Her Voice 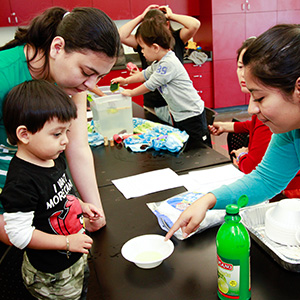 Laura Llerena first got involved with PSP four years ago, when her son was in kindergarten. She wanted to be more engaged in her son’s education but was shy and uncertain in meetings. PSP helped her find her voice. “I started attending meetings and trainings and started to get more confident about myself,”Llerena said.“They started giving me tools. They invited me to their meetings and I had to speakup, and I was very nervous.”

Now, as one of PSP’s board members, she is an advocate not only for her son, but for her entire community, helping other parents learn just as she did. “I have just one son, and i know how to advocate for his needs,” she said. “When he sees me in meetings or talking to people, he says, ‘mom, I like what you do,’ and that inspires me more. One day I want to see him do some volunteer work.”

For Llerena, the work PSP does “is really important. They cultivate leadership within families. We can act and make our schools and communities a better place for everyone, not just for ourselves. At the same time, I can play a better role in the success of my son and build a stronger community. For me that is really, really important.” 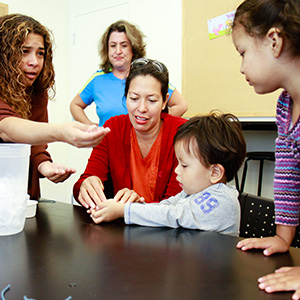 The Parent Services Project was already involved in the San Rafael school when Mike Watenpaugh became district superintendent in 2007. He quickly saw the value PSP added to efforts to engage families across the district. “We have for the last six years expanded our partnership — in each of those six years,” he said. “One of my observations when I came in was that many, many families in poverty or who were not English speaking were regularly not heard,” Watenpaugh said. “Without the necessary social capital, or knowledge of how to work the system a little bit, they were regularly out of the loop.”

PSP is committed to changing that. Its work, he said, “Is about empowerment of families, and providing the framework that parents feel that they can do it and have success.” What’s more, PSP’s guidance “has been really helpful to us in terms of providing feedback about what might make some of our outreach efforts more successful, particularly around family engagement,” he said. “They are responsive to any request, any shift that we might need to have happen, and they provide an outline of resources or next steps,” Watenpaugh said. “They typically come up with ideas that I haven’t thought about.”